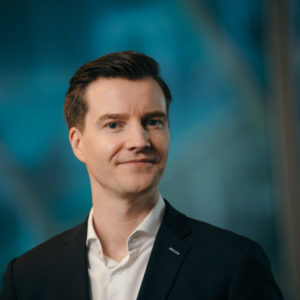 Rune joined the company in April 2020 as an Analyst within the Health Sector and Portfolio Manager. Before joining the company he was a sell-side Equity Analyst covering the shipping sector at Carnegie (2012-2014) and covering the Shipping, Real Estate and Construction sectors at Nordea (2014-2020).

Rune holds a Master of Science in Finance from the Norwegian School of Management (BI).

As we pass the midway point for 2020 we can look back at a highly unusual six months for the world economy. Stock markets plummeted more than 30% during February and March, but have since recovered around 3/4 of that. Still, uncertainty remains high and the COVID-19 pandemic continues to spread. How are we doing in the fight against the virus? How close are we to a vaccine? And how can investors protect their investments in the current market? These are questions we will discuss in the following sections.

The number of COVID-19 infections continues to increase

As this is being written, the total number of confirmed COVID-19 infections worldwide has reached more than 10 million, equivalent to almost 1400 cases per million of the population. In certain areas of the world the numbers are even more alarming, take for instance the US where the infection rate is 6 times higher and the daily number of new cases is again increasing rapidly. Several months in to the fight against the virus, we have to conclude that the fight is far from over. Large parts of the global economy remain locked down, and for economies to be able to safely reopen, a vaccine or an effective treatment is needed in the fight against the infection.

Large parts of the global economy remain locked down, and for economies to be able to safely reopen, a vaccine or an effective treatment are needed in the fight against the infection.

So how close are we to having an effective treatment option?

According to the WHO(1), there are currently around 150 vaccines under development. These include candidates being developed by public biotech and pharmaceutical companies like Moderna, Johnson & Johnson, AstraZeneca, Pfizer, Sanofi and GlaxoSmithKline to mention a few of the more promising candidates. Vaccines typically take many years to develop, mainly because they have to be proven to be safe and to have the desired effect. However, with governments around the world pushing companies to develop a vaccine in record time, we can hope to have one ready much sooner. How soon is difficult to say, but many researchers are hopeful that a vaccine can be ready sometime early next year.

In addition to the vaccine race, a similar number of antiviral drugs or treatment options are being examined. These include new treatments, like antibody therapies being developed by Regeneron Pharmaceuticals (REGN-COV2), among other, and blood plasma from recovered COVID-19 patients. In addition, drugs that are already on the market, like anti-malaria drugs (Hydroxychloroquine), certain arthritis drugs, flu medicine and a drug produced by Gilead Sciences (Remdesivir) which was originally developed as a treatment for Ebola, are being examined. So far, most of these studies have not resulted in much. However, a recent study carried out at the University of Oxford proved that a low-cost anti-inflammatory drug called Dexamethasone, which is widely used today to treat conditions like rheumatism, asthma and allergies, had a positive effect on patients who needed breathing assistance, making it the first treatment option with life-saving results.

What about herd immunity? Here most estimates indicate that we still have a very long way to go. Many researchers indicate that more than 60% of the population would need to have had the infection before herd immunity is reached (and that is assuming that once a person is infected, that person is now immune against further infection, something which is not certain to be the case). If we look at the US for instance, around 0.8% of the population has been confirmed infected as of now (globally this number is only slightly above 0.1%). This number is likely vastly understated, as the US Centers for Disease Control and Prevention (CDC) estimates that only one in every ten infections is being detected. Still, this means that the number of infections so far is less than 15% of what is needed for herd immunity in the US.

So what can investors do in anticipation of a long route to recovery?

In uncertain times investors typically flock towards so-called safe havens, which for instance include the purchase of government bonds, gold or certain currencies (especially the US Dollar). In addition, investors can move into sectors of the market where demand is considered to be less influenced by the business cycle, also known as defensive sectors. Health care is one of these sectors.

So how has health care typically fared in turbulent markets? Well, if we look at all periods during the past quarter of a century where the general market (here measured by the MSCI World index) had a negative return for the year, the health care sector (here measured by the MSCI Health Care index) outperformed every time. Why is this? Well, one of the more obvious reasons is of course that people get sick even in bad times. Demand for health care products and services are remarkably stable (and growing).

Demand for health care products and services are remarkably stable (and growing).

With such an attractive track record during volatile markets, one would expect the sector to have lower returns on average. If you beat the market in bad times, we shouldn’t expect you to beat the market in good times also. However, health care has in fact beaten the market in this respect also. Since 1995, the sector has on average returned around 11% per year, compared to around 8% for the general market. To make this statistic even more compelling, the volatility (a measure of risk) has been materially lower than for the general market. Higher return and lower risk, how can this be? Well, one reason is that earnings for the sector during this period has steadily grown at a rate 50% higher than for the general market (approximately 9% per year vs. 6% per year), which in turn has partly been driven by continuous innovation within the sector.

What about the DNB Health Care fund, how have we positioned our bets?

We spend most of our time analyzing companies and their products to find quality businesses with strong positions in what we consider to be the most attractive markets within the sector. Currently we have placed our largest bets in companies such as Johnson & Johnson, Sanofi, Abbvie, Regeneron Pharmaceuticals and Fresenius Medical, to name a few. These are companies which we consider to have strong operating platforms and market positions, companies with solid balance sheets and cash flows, and companies which we believe can gain in strength during the current crisis.

However, not all nooks and crannies of the health care space are protected against the current crisis. The medical equipment segment is one example, being negatively affected as elective medical procedures are being postponed. As a result, this segment is currently our largest underweight.

In conclusion, we believe that global trends such as an aging population, increase in lifestyle related diseases, combined with innovation and growing demand for health care related products and services in emerging economies, will lead to growing markets for health care companies for many decades to come. This should result in ample opportunities for us to continue to generate healthy (pun intended) returns for our stakeholders.