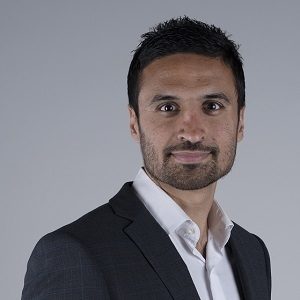 Shakeb Syed joined our Tactical Asset Allocation team as a Portfolio Manager in 2017.

Previously Shakeb was the Chief Economist of SpareBank1 Markets for nearly six years. He started his career in Handelsbanken Capital Markets in 2005, as an Economist.

Shakeb holds both a M.Sc. and a Master of Economics and Finance from the Norwegian Business School (BI) as well as a degree from London School of Economics (LSE) in Advanced Econometrics.

The stock market has risen by about three per cent in NOK during November. It seems like we made the right decision when we decided on having an overweight in shares in this past month.

For December we choose to maintain this market view. We still have the same opinion about the markets as we had a month ago. Specifically, this means we consider both the political situation of the trade war, and Brexit, to be better than what was previously feared.

The positive outweighs the negative – for now

Growth impulses are positive on the margin, the central banks say they will continue to stimulate the markets and 3Q-earnings came in satisfactorily. The premium for taking risk in the stock market relative to the fixed income market is also high: Thus, we have a "hunt for yield" argument in favour of shares.

By using about 1/3 of the risk limit we make the overweight in our portfolio. We have a clear cyclical structure in the equity portfolio and choose to have shares in sectors such as finance, industry, materials and cyclical consumption. In the bonds part of the portfolio, we still prefer short to long-term fixed income securities while we at the same time choose to be overweight in Norwegian/Nordic High Yield.

Five underlying reasons to maintain overweight in the stock market

For reasons mentioned above, as well as the historically low interest rates levels, we stick to our outlook going into December: We will keep our overweight in the stock market.

Here are the five underlying reasons to maintain overweight in stocks this month:

1. The political unrest is reduced

Buying and selling shares based on Trumps tweets is hardly a good investment strategy, but at the same time we have to take his actions into consideration. The US-China trade war has made both sides suffer in terms of real income and financial conditions.

A year from the election, Trump knows that a strong economy perhaps is his best hope for re-election, and that’s probably why he postponed the planned toll increase in October. This is also why we expect an extended truce going forward. Even as Trump signing of the Hong Kong pro-democracy bill angers Beijing; we do not believe this will threaten the slow moving negotiations on a trade deal between the two countries.

Regarding Brexit? Well, we still think it is unlikely that the UK will leave the EU without any deal.

The central banks is still stimulating the ailing economy. The ECB has launched yet another quantitative easing program, a new bond-buying program, and they have cut the main deposit rate. They have announced that they will purchase bonds for as long as it deems necessary.

The stimulation is not only happening in the western world, also China’ central bank has cut key interest rates four times to boost economic growth.

3. Positive signs of growth in the industrial sector

The industrial sector has been the black sheep of the world economy for months. We have seen it in both the consumer confidence indexes and in actual production.

However, during the past months we have seen a positive change. The Purchasing Managers’ Index (PMI) has risen for four months running and the upturn is widely distributed across world regions. Our assessment is that the industrial sentiment is largely reduced by the US-China trade war. A more favorable development in the US-China negotiations may improve the industrial sentiment further.

We also see a positive drive in the US private consumption and housing market - the former accounts for about 70 percent of US GDP.

4. Better numbers than expected from S&P 500

Admittedly, earnings for the third quarter have not been particularly good, but the important index S&P500 numbers have been better than expected. All in all, we do not consider the growth in earnings as weak enough to overturn our positive view on the stock market.

The 10-year U.S Treasury yield has fallen from 3.2% to 1.7% in just a year. This historic drop in long-term interest rates makes the stock market seem even more attractive to investors.

The blue line show the development of the 10-year US Treasury , and the red line shows the return on the MSCI World.

Is the bond market still a good investment in 2020?

Looking forward the returns in the bond market is set to be low, and when the interest levels are low as they are, the possibilities for even lower rates is somewhat limited. Even as we don’t foresee a significant rise in interest rates any time soon, the scope for interest rates is asymmetric, and the possibility of an upturn is greater than fora downturn.

This - combined with our preference for owning short rather than long-term fixed income securities - is the reason why we are underweighting global investment grade bonds, but overweighting similar Norwegian bonds. Otherwise, we are overweight "High Yield" bonds, mainly Norwegian and Nordic High Yield. We believe it is right to reap the high risk premium in this market now relative to the investment grade market. We do not believe there will be significant rise in defaults in the high-yield bonds market.