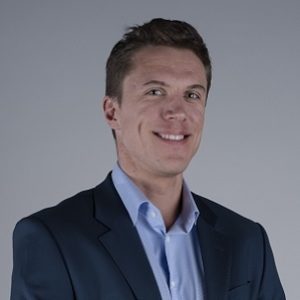 Taxes are – for most people and businesses – notoriously opaque and complex. It is highly technical, time-consuming, and errors can be costly. Consequently, a simple, transparent and efficient tax system is invaluable if you aim to reduce the time and cost spent on paying your taxes. Furthermore, a simple tax scheme is essential to attract foreign capital, stimulate entrepreneurship, and ultimately improve economic growth.

Norwegians are quite lucky in that regard. Norway is one of the most efficient countries when it comes to preparing and paying your taxes[i]. A typical Norwegian company spends about 83 hours a year to prepare and pay taxes, according to the World Bank. That is almost 50% more efficient than in Sweden, and over 100% more efficient than in the US, where the hours an average company spends on taxes are 122 and 175, respectively. Arguably, then, Norway’s score is a testament to the relative simplicity of our tax system.

… other countries are not so lucky

Companies in less developed countries, on the other hand, are not so lucky. The least lucky of them all are Brazilian companies. Now, how many hours does a typical Brazilian firm spend a year to comply with all the local, state and federal taxes, you ask? The answer is a shocking 1,958(!) hours. This puts Brazil squarely at the bottom of the global ranking (190thout of 190 countries).

The diagram shows how many hours companies spend to comply with all taxes in their countries.

Why does Brazil score so low?

Brazil is a country generally considered to be quite advanced. What makes taxes so particularly complex in Brazil?

The key reason is that Brazilian companies have to deal with five separate indirect[ii]taxes:

According to the International Tax Review[ii], this leads to “in numerous ancillary obligations not to mention conflicts of jurisdictions between the federal government, states and municipalities on the tax levied on a great number of activities.” There are also numerous tax benefits and loopholes that a company can explore and exploit, and which the municipalities, states and federal government can challenge. This adds to the magnitude of the task.

How can one solve such fundamental problems?

Throughout the years, many attempts have been made to improve the system in Brazil, but they have all failed. Not necessarily because there is no intent – Brazilians are aware of the need to improve their tax systems (hence the many attempts). The problem lies in the difficulty in obtaining consensus. There are simply too many parties with too many different agendas to reach an agreement. The federal government, the different states, the various municipalities, the tax-payers, several interest groups: all have conflicting goals and all are pulling in separate directions.

There is growing optimism

Despite the difficulties, there is now optimism that a simplifying tax reform can be achieved. After approving the vital pension reform – which goes a long way to stabilize the country’s growing debt levels – the government has set its eyes on the tax reform as its next top priority. The primary goal is to simplify the tax system, first and foremost to combine all the current taxes imposed on consumption into one single tax.

While talks are still in early stages and while we do not envision Brazil to come even close to the relative simplicity seen in developed countries, there is only upside as it is nigh impossible to envision taxes becoming more complex. Just a small improvement could save Brazilian companies billions of reais [iv].

[i] Time to pay taxes is the time, in hours per year, it takes to prepare, file, and pay (or withhold) three major types of taxes: the corporate income tax, the value-added or sales tax, and labor taxes, including payroll taxes and social security contributions.

[ii] Indirect taxes are taxes typically applied to the manufacture or sale of goods and services (such as VAT).

Our Global Emerging Markets Fund continues to be overweight Brazil due to the positive reform agenda and our expectations of strong growth going forward. We particularly like the retail sector, where we see a benign consumer environment, a high degree of innovation and strong business execution.