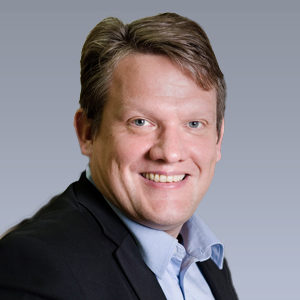 Luxemburg, 02. September 2020 - Some market players fear that the telecommunications sector could become a trap regarding added value: Share performance has fallen short of expectations, while earnings forecasts are not very convincing. In fact, the opposite is the case: if we extend the period from three to six months, this sub-sector is likely to be the least affected by downward forecast changes. With a downward adjustment of 4 percent, this sub-sector is already in a better position than other areas of the technology sector. Based on these low expectations, no more surprises are required to generate outperformance. Telecommunications stocks also offer significant catch-up potential due to their strong business models. In the future, they are likely to be valued not at an average price/earnings ratio of ten, but rather over 25.

The Software & Services sector, on the other hand, is clearly too expensive, with sometimes rather adventurous price-earnings ratios. If stock options are considered as part of executive compensation, they are often between 60 and 100, which suggests a significant underweighting of this sub-sector. After the sharp rise in share prices in recent months, there is a lot of turbulence on the market - which cannot pen out well in the long term. Apple is an example of a stock that investors do not need to have in their portfolio at that point. The stock has risen by more than 70 percent this year, while the forecasts for earnings per share have only been raised by one percent. The operational result is at the same level as in 2015.

No investment in titles that dominate the headlines

Additional growth in the App-Business is rather unlikely, because it had already been the perfect storm against the background of the Corona crisis. At the same time, the 5 G replacement cycle is overvalued against the background of a market characterized by a high degree of saturation. Last but not least, Apple is very much affected by the Chinese-American trade war. Despite the lack of fundamental value creation, the Apple share is priced with a price-earnings ratio of 33 based on the profits forecast for the coming year.

In order to play the big tech game, investors do not have to get invested in stocks that make the headlines and are correspondingly highly rated. One example is the South Korean smartphone supplier Samsung, which is trading with a cash-adjusted price-earnings ratio of 10 with growth of 5 percent.

The gaming sector could also outperform the performance of the big techs. Several structural growth drivers characterize this sector: The market underestimates margins and overestimates cyclicality. At the same time, increasing streaming is likely to expand the addressable market, while digital distribution will have a positive impact on the margins of providers. Japanese industry representatives have a lot of catching up to do compared to their US counterparts. Furthermore, they are very favorably rated and were able to convince with strong results. In addition to Sony and Nintendo, Square Enix, a manufacturer of video games and mangas, is also a promising option.

Vishay Intertechnology, Tomtom and Arrow Electronics also have significant potential to catch up, thanks to their exposure to the automotive sector. Manufacturers of components for autonomous driving and electric cars have basically become interesting because they combine secular growth with favorable valuations.

Investors who want to invest in China should focus on heavily undervalued stocks such as Lenovo. The wrangling over the Chinese video app Tiktok is an example of the fact that there are political risks that have to be factored into the calculation and therefore extremely favorable valuations are necessary to make these values attractive. Indirectly, with correspondingly less risk, investors can participate in the growth in China with companies such as Nintendo and Square Enix, whose business in China should profit considerably from the recently concluded deal with the Internet giant Tencent.