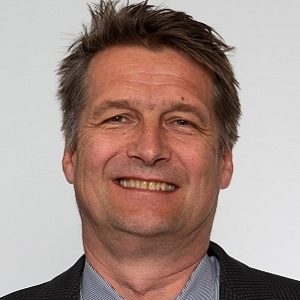 Signs of a turnaround in costs

Robotaxi has been around as a trendy topic for a few years now, but the market outlook has been disappointing so far.This is mainly due to the lack of cost efficiency and regulatory challenges. The whole business model for robotaxi is about increasing profitability, so the financial aspect when it comes to producing the vehicle is crucial.

We are now seeing signs that there may be a turnaround in costs for autonomous driving after many years of declining sensor-related expenses. Credit Suisse estimates that over the next 5 years, costs will continue to fall by 42%, with falling expenses for electric vehicles and sensors (especially LiDAR) are crucial. According to Yole (a tech consulting firm), the typical breakdown of hardware costs for an autonomous vehicle is about 60% vehicle, 25% LiDAR, 11% AI chip, and the rest covers GPS and radar.

So why is autonomous driving so expensive? LiDAR technology is complex in design and requires a precise adaptation of each laser to the corresponding detector. Yet we see a declining trend in costs thanks to companies experimenting with new methods such as using small mirrors to navigate a laser beam in a scan pattern.

Where are we headed?

After several years of testing, the robotaxi sector has begun to move into commercialization in 2021 with an exponentially growing automotive fleet. This is thanks to rapidly falling hardware costs, better algorithms, better infrastructure, and regulatory relaxation. China and the U.S., in particular, are far ahead. In China, Baidu and AutoX are the big players. In the U.S., there are Tesla, Cruise (GM) and Waymo (Google). Tesla, however, does not offer robotaxi services, but sells the FSD (Full Self Driving) software for its cars to the private market.

There are many signs that we are close to the cornerstone for self-driving cars and robotaxis. China stands out as a strong market for implementation. In the transition from traditional manufacturing to a technology-driven economy, China has made large investments in strategic industries such as 5G and AI (artificial intelligence). Authorities in China are now strongly supporting the development of autonomous cars, setting a target of 20% uptake of Level 4 autonomy by 2030 (China Renaissance). Together with the rapid development of software and hardware, this allows the robotaxi market in China to grow at a great pace.

Those companies operating within the automated vehicle ecosystem are all in a research and development phase with significant competition to capture market share. There are also several corporations operating beyond the ones we mentioned, such as Amazon's Zoox, Hyundai's Motional, and Toyota's Pony. Given the level of competition, the money being invested in research development, and the interest we see in the market, we at DNB Disruptive Opportunities have no doubt that self-driving cars and trucks will be a normal part of the road at some point in the future. In some parts of the world, you can already see it.