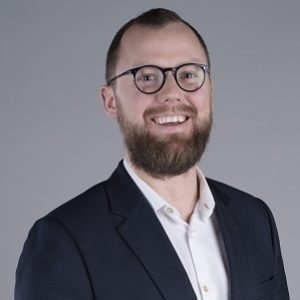 The technology industry is currently going through a difficult cycle in in which consumer habits are normalizing. However, as with most downturns, we do not expect this situation to last long. Most long-term trends remain intact. In many cases, they have been accelerated by the pandemic. Examples include e-commerce, cloud computing, digital marketing and digital entertainment. In addition, many subsectors are still in the early stages of growth. These include 5G, artificial intelligence, industrial automation, autonomous driving and the IoT (Internet of Things).

The most important factor behind the sell-off in many tech stocks is the reopening and shift in consumer spending away from goods and toward services. A somewhat simpler explanation is that consumers are shifting their spending to experiences as society opens up. This negatively impacts technology stocks as a whole. In addition, interest rates are rising and investors prefer profitable growth rather than growth with a low level of profitability.

One area where we are particularly bullish at the moment is video gaming. This sector has a very attractive demographic profile in that the average player is still in their mid 30s, compared to late 40s for the average consumer of traditional entertainment such as TV and streaming. This provides the basis for a long growth period with regard to users. Despite these attractive growth prospects, shares in the sector suffered losses after the reopening. The sector is now at a level that suggests that the period of growth is behind us, which opens up attractive opportunities given our differing view. Video game companies make up about 1.5 percent of the benchmark index, while we have about 10 percent of the fund invested in the sector. For example, among the stocks we view favorably in the sector is Take Two Interactive, the owner of famous game franchises such as Grand Theft Auto, NBA2K and Red Dead Redemption. The company is led by possibly the best management team in the sector, has an extensive pipeline of AAA games for the next few years, and is about to enter the mobile gaming space full force with its recent acquisition of Zynga. Despite this compelling lineup, the stock is trading below its normal valuation.

Enterprise software is also an interesting investment area. Covid has accelerated demand for digitization across all business lines and is a driving force behind high organic revenue growth at Microsoft, the DNB Technology Fund's largest holding. German software company SAP, which trades at a discount to both its normal valuation and the overall market despite revenue growth of 5-10%, is also a convincing choice.

Risks in the cyclical semiconductor industry

One area we remain skeptical about is the cyclical semiconductor industry. On the positive side, consolidation has increased margins and led to less pronounced cycles than in the past. Both of these factors favor higher valuations than in the past. Nevertheless, we believe that the unusually high consumption of goods, especially in consumer electronics, during the pandemic, is not sustainable and will return to its long-term trend. Nevertheless, the sector is investing in new production capacity at an unprecedented rate. The national shift, as well as the shift of semiconductor production from Asia to North America and Europe, have added fuel to the fire on the supply side. TSMC, the world's largest semiconductor foundry, for example, spends $10 billion annually on pre-transition CAPEX. In 2021, that figure was $30 billion, and $42 billion is planned for this year. The new supply of capabilities is coming to market at a time when we are in the midst of a consumption shift away from goods, and the semiconductor demand cycle has already cooled. We therefore believe that the super boom we have experienced will be followed by a super crash. While the semiconductor-heavy SOX index in Europe has fallen 12 percent, we believe further declines are very likely.

The DNB Technology Fund is close to last year's performance this year, despite the slide in tech stocks and the more than 8% decline in the fund's benchmark index. A key reason the fund has outperformed the index this year is that we have adjusted to such a shift by underweighting companies focused on consumption of goods within the tech universe and overweighting telecom companies and companies focused on services and experiences.

We prefer scalable business models with proven profitability when we invest. This shift in market sentiment obviously benefits the portfolio, as we have little exposure to underperforming technology companies and high exposure to companies with strong balance sheets, solid cash flow generation, and moderate valuations.