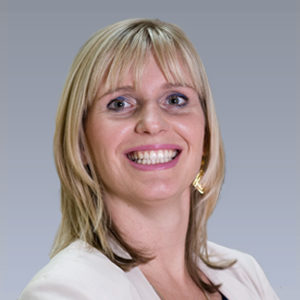 Blog Editors: This is the end of a difficult year for investors. What could 2023 have to offer?

Judith: We believe that the stock market still has a few rough phases to master. So far, the downturn in equities has been primarily due to a combination of different multipliers, as inflation has been higher than expected and central banks have been aggressively raising interest rates. The next downturn could be triggered by lower earnings estimates due to weaker sales and margin compression. It is not yet possible to say when the bottom will be reached. Conclusion: It will probably become more uncomfortable; investors should prepare themselves for this.

Blog Editors: In which sectors does DNB identify positive opportunities?

Judith: Once the market has reached the bottom, procyclical sectors should do well. Here, we are looking at secondary stocks after their record underperformance over the last twelve months. In addition, consumer cyclicals should also benefit as inflation declines. This sector also performed very poorly in 2022. The same is true for growth stocks, where a significant portion of expected earnings may lie in the future and which have come under heavy pressure due to their sensitivity to higher interest rates. Among growth stocks, we would highlight the tech and renewables sector, which is still benefiting from a strong structural tailwind. We have already taken advantage of the significant setbacks in Bigtech shares or green "pure plays" to selectively enter the market. Finally, even if it may seem trite to some, the Nordic story is still true. It stands for stability, which has just been proven in the course of the Corona pandemic." Norway and Sweden are the most important economies in the far north. The latter country took a special path during the Covid crisis and refrained from broad-based lockdowns, which supported the economy. Norway, on the other hand, has massive amounts of oil and gas, which of course proves to be a trump card in the current crisis. Those interested in the Nordic story could take a closer look at the DNB Fund Nordic Small Cap. Large positions here include THQ Nordic, Bayn Group and Toadman Interactive.

Blog Editors: Some see bonds making a comeback. What do you think?

Judith: We are convinced that bonds will make a comeback in the next six to twelve months. What is important for the markets is the certainty of being able to gauge the peak of the central banks' rate hike cycle. However, as interest rate changes affect the economy with a considerable delay, this cycle will pause in the meantime to assess developments in the respective economies. The markets in Europe, including Norway, should have priced in most of the future interest rate moves. It could even be that the well-known negative correlation between bonds and stock yields will reappear.

Blog Editors: How has the industry evolved when it comes to ESG?

Judith: On the regulatory side, a lot has happened in 2022 with the Disclosure Regulation and MiFID II. The biggest problem facing the industry is still company data, which is not available in sufficient quantity and quality, is incomplete, or in some cases contradictory. There is also a lack of comparability. The classification in articles six, eight and nine was a first attempt - with room for improvement. Another important discussion remains whether companies with a poor carbon footprint - but verifiable transformation plan towards renewable energy or even with positive Scope4 data - should be excluded from the sustainability portfolios.