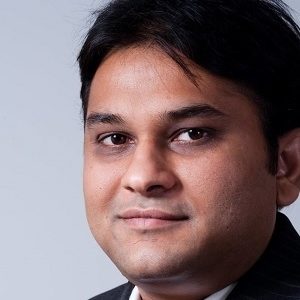 Prime Minister Modi needed to do something to revive the economy. And something he did. In the tax cut package revealed on Friday, India announced they will slash taxes on all corporates by 10 per cent, from 35 to 25 per cent. New manufacturing corporations will pay even less – they will get away with a tax rate of only 17 per cent.

New manufacturing corporations will pay a mere 17 per cent in taxes (Source: UBS)

The reduction in corporate taxes ought to impact India massively

India has been relatively noncompetitive compared to its Asian peers the latter years, but should now – with the lower tax rates – see higher capital expenditure. FDIs should also increase as international companies look for new venues to set up manufacturing facilities in order to diversify risks emanating from the trade war between China and the US. The tax rate for new manufacturers will surely improve return metrics and generate enough profitability to bring back the animal spirits amongst Indian and foreign entrepreneurs.

It is not only the economic growth that has been slowing in India. Demand growth has also fallen to low levels. To counter this, the Indian government has taken steps to boost demand by kick starting credit growth, improving the liquidity for small- and mid-sized enterprises, and increasing government expenditure. The central bank has also (independently) cut interest rates and is expected to continue reducing them.

We may see additional reforms in the near future too. Local media reports that the government may undertake a new round of privatizations to minimize the fiscal impact from the lower taxes.

The Indian market rallied on the news

The market has already rallied eight per cent since the tax cut announcement and we believe more is to come. If we use history as a guide, we have often seen market rallies and bull markets after events like the one on Friday the 20th. The opening up of the economy in 1991, the lowering of tax rates in 1997 and the privatization reforms and capex increases during 1999-2004 were all followed by strong bull markets. We believe this this tax-cut might be such an event and that the continuation of structural reforms may trigger another bull market phase.

Our funds (DNB Global Emerging Markets, DNB Asian Small Cap and DNB India) are all well positioned to take advantage of this. Our main overweight in all three funds is India and we are invested in sectors that we believe are especially positively affected by the reforms.

Disclaimer: Historic performance is no guarantee of future returns. Future returns depend on a number of factors such as market developments, the skills of the asset manager(s), the fund’s risk profile and costs associated with purchasing and redeeming fund units and managing the fund. In periods the return may be negative due to declines in the prices of the fund’s holdings.