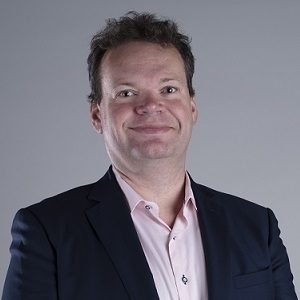 Jon began his career in Nordea Securities as a sell-side equity analyst covering the TMT sector. He later went on to assume the same role in Carnegie Securities before joining DNB Asset Management.

The lockdown of many businesses has led to severe economic downturns in many countries. Policymakers around the world have stated that they "will do what it takes" to save the economy and jobs in the wake of COVID-19.

Potential road maps for investment already exist, including Germany's Climate Action Programme and the EU's Green Deal. Economic stimulus packages of unprecedented size are also expected from several other countries. We believe that many of these countries will use the opportunity to reset their economy on a more climate-friendly path.

China and South Korea, the first countries heading towards normalisation, have already increased their subsidies towards environmentally friendly alternatives.

Green stimulus packages will boost the demand for green solutions

To increase sustainability in different industries is a commitment in line with the Paris Agreement for most countries. My colleague Christian Rom and I expect the authorities to prioritize jobs and businesses they want to bring into the future in the upcoming spending plans.

During the 2008-2009 financial crisis, twelve of the largest economies generated a total of $ 223 billion in green stimuli, according to BNEF. About 60 per cent of this went to the energy efficiency and renewable energy sector.

As many of the industries have become significantly more competitive after the financial crisis, there is better value for money to be had in these sectors now.

The major financial aid packages during the ongoing crisis will probably also be spent largely on sustainable solutions. As mentioned, the EU, China and South Korea have already begun. Germany has announced a green stimulus package of 750 billion Euro, and in the United States, several stimulus packages have been initiated and we expect many of them to have significant green requirements in their content.

When all this stimulus money is injected into the economy, it will increase the demand for green solutions.

5 trading strategies to exploit the crisis

Our fund was hit relatively hard when everything closed down in March. The cyclical shares in our portfolio dropped in value. Other equities, such as energy production, did not fall as much.

One should never let a good crisis go to waste, they say, and to this, we agree. We have used this crisis to make good buys in the market.

Every trading day since the lockdown hit the markets, we have traded shares based on five strategies:

There’s no doubt that the world economy is facing a challenging time and that there will be major changes in a longer perspective. As managers of a fund investing in Renewable Energy, we believe that an active approach as outlined above has been right and will be right going forward.

Investing in sustainable solutions is the future.