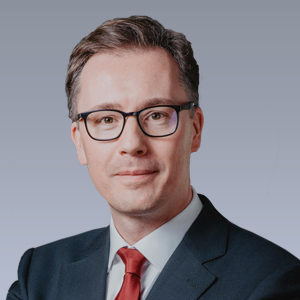 The return in September was -0,43% in NOK for the institutional share class. This reduces the YTD performance to 5,02% as of October 7th.

Please find the returns for other share classes in the table below.

The fund returned around -0.43 percent in September. The main reason for the negative return being a relatively weak development of bonds from issuers in the oil service sector. The best performing sectors in September have been conglomerates and shipping.

The subsector returns show a clear picture. As soon as global growth concerns came up, spreads in Offshore and Seafood widened, resulting in a weak development of these sub-indices.

The main global events this year, more specifically Brexit, the US-China trade war and the slowdown in global economic growth, also had its influence on markets in September. Some industry sectors such as oil and offshore were particularly weak, but overall, most sectors have been reasonably stable. The primary market has rebooted after the summer and a number of new issuers have entered the market.

Macroeconomic numbers from the Swedish economy has weakened over the past few months. Manufacturing PMIs have fallen and unemployment has increased. Sweden, being a country with a large and diverse manufacturing sector, feels the effects of slowing world trade and global manufacturing slump following from the trade war. We think that all discussions of a Swedish rate hike towards the end of this year are gone and that the Swedish central bank following in the footsteps of the ECB is a more likely scenario.

The oil price was more or less unchanged at around USD 59/bbl. in September. For most of the month the oil price stayed in the low 60s but fell a bit towards the end of the month on renewed growth fears following from weaker global PMI data.

Both the SEK and the NOK was relatively stable in September. Both currencies strengthened marginally against EUR and USD and also in trade weighted terms. (…which led to a positive performance of EUR-investors in the NOK share classes).

In the case of Norway the rate hike from the central bank probably contributed positively on the margin and also in the Swedish case a somewhat less dovish central bank than expected potentially contributed to slight strengthening.

We still believe that the fund represents an attractive investment strategy. Although there may be some months of negative returns, the typical return will be positive overt time and provide a good risk-adjusted return. The market has undergone tremendous development in the last 20 years, and the investor base and the investment universe are constantly growing.

Disclaimer: Nothing contained on this website constitutes investment advise, or other advise, nor is anything on this website a recommendation to invest in our Funds, any security, or any other instrument. The funds mentioned may not be available in the markets you represent. The information on this blog is posted solely on the basis of sharing insight to make our readers capable of making their own investment decisions. Should you have any queries about the investment funds or markets referred to on this website, you should contact your financial adviser.