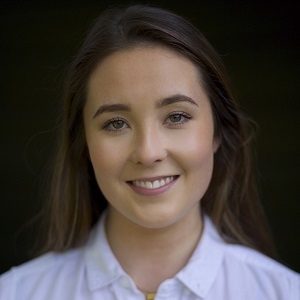 Laura is an Analyst within the Team of Responsible Investments (RI), where topic of interest includes researching and analyzing companies and portfolios to identify material Environmental, Social and Governance (ESG) risks and opportunities. Companies ESG practices are then followed up through engaging with companies, both directly and through investor initiatives. The RI team works closely with the Portfolio Managers across the funds.

Laura holds an MSc in Carbon Finance from the University of Edinburgh and a BA (Hons) in Business with Economics from Glasgow Caledonian University.

DNB Asset Management has been working with responsible investment (RI) since 1988 and been a signatory to the UNPRI since the year of its launch in 2006, which is considered best practice for responsible investors. However, understanding, practices and actors involved in RI have changed and developed over time.

A 2012 report by Louche, Arenas and Van Cranenburgh[1] have identified the five phases in the development of responsible investing: Roots, development, transition, expansion and mainstream. We have expanded on these below.

The development of responsible investing

RI’s roots date back to the early 1900s. Religious organisations pioneered RI with “faith-consistent investing”, which involved excluding “sin stocks”. Tobacco, gambling, pornography and alcohol were considered unethical and were excluded from their investment universes.

The development phase came in the 1970s to 1980s. During this time, RI transformed from a faith-based activity into one which promoted public awareness of the social responsibility of corporations. At the time, RI was particularly driven by political and protest movements, such as the anti-Vietnam War and anti-apartheid in South Africa. RI also began to take root in Europe.

1990s: Increasing focus on the environment

In the 1990s, responsible investing began a gradual transition towards a strong focus on environmental concerns. We saw the emergence of green funds in Europe, including our own DNB Renewable Energy, which celebrated its 30 year anniversary in 2019. We also saw growth in the number of social rating agencies and RI indices. Instead of applying only negative screening criteria to exclude sin industries, positive screening criteria were also employed.

CLIMATE CHANGE ON THE AGENDA: A decade of important international commitments including the launch of the first Intergovernmental Panel on Climate Change report and the adoption of the Kyoto Protocol, amongst others. (NTB/Imagebroker)

Next came the expansion phase. The 2000s saw strong developments in the approach to responsible investing, with responsible investment strategies beginning to find acceptance in the mainstream investment community, leaving its more activist image behind. The UNPRI was launched in 2006 and has seen dramatic growth in its number of signatories since - from 173 in 2006 to over 2,600 by September 2019.

From the 2010s, we consider responsible investing to be increasingly mainstream. The increasing acceptance by the investment community is marked by a number of events including:

The development is clear – where RI was once niche and focused on ethics, today, working with Environment, Social and Governance (ESG) is mainstream. At the same time, the approach to implementing responsible investments has developed over time. The European Sustainable Investment Forum’s 2018 study[2] reveals that though exclusions are still relevant, active ownership through engagement and voting, and ESG integration are gaining momentum.

We see these approaches are being the most important tools for implementing responsible investments now and moving forward. Our overarching aim is to secure long-term shareholder value and mitigate material ESG risks and opportunities in the best interest of our clients, as required as part of our fiduciary duty.