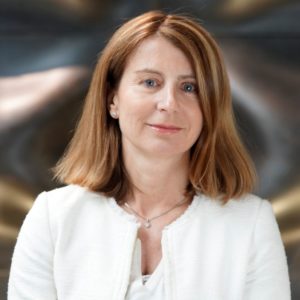 Isabelle holds an MBA from the Pacific Lutheran University, USA and an MSc in Management Finance from the Business School of Bordeaux, Kedge Business School, France. Isabelle also holds the title Chartered Financial Analyst (CFA). In 2016 she earned a certificate from attending a study of Sustainable Investments in natural resources from the University of Columbia, USA.

On the one hand, the forecasts for the marine economy are very promising. On the other hand, the oceans are not a resource that is infinite. Action is needed when it comes to being environmentally sound and decarbonization.

Covering 71 percent of the Earth's surface, the world's oceans are an essential component of the biosphere, regulating global climate by controlling temperature and influencing weather. However, the ocean should also be a focus when addressing many other global challenges, such as biodiversity, food security, human rights, pollution, urban development, and energy supply. In addition, it is important to consider how the topic of the marine microcosm fits into broader efforts to promote a circular economy, including how to deal with plastic waste polluting the oceans.

It is essential for this endeavor to conduct thorough research to minimize the impact on marine biodiversity by various economic sectors, such as fisheries. Eighty percent of global trade is handled by ship alone. Thus, promoting a greener and decarbonized shipping fleet is a significant step. Another important point is to further develop aquaculture, which can help us obtain a healthier source of protein that is also better for the climate than red meat, for example.

Two-thirds of the oceans struggle with negative impacts

The marine world is a common, elemental resource for both the economy and the ecosystem. However, when it comes to dealing with climate change, it is often forgotten. Yet half of the oxygen generated originates in the oceans, and the sea absorbs about 25 percent of all carbon dioxide.

The rate at which we are losing natural life in the ocean is also accelerating. 66 percent of the oceans are now exposed to negative impacts. Experts predict that we will lose about 75 percent of all coral reefs by 2040 and that more than half of the species in the marine environment could disappear by the turn of the next millennium. Collective action is needed to reverse this trend, and the financial industry has an important role to play in creating sustainable oceans.

Therefore, there will be a series of initiatives and summits in the future. The UN Conference on the Law of the Sea to protect life below sea level, the COP27 climate summit in Egypt, and the UN Ocean-Decade have launched a ten-year program to achieve sustainability while using the oceans.

While the green transformation entails costs and higher inflation, the economic outlook is clearly better than a no climate action scenario or a disorderly transition. Both would lead to lower growth and even higher inflation, we believe. The risks of a disorderly transition are high, especially if implementation does not match governments' ambitions to reduce emissions. The transformation is inevitable, and companies that enable this change will create high value over a five- to ten-year horizon.