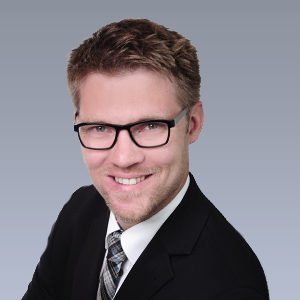 Malte joined DNB Asset Management in April 2018. As senior on Institutional Sales, he is covering the segments: Public & corporate pensions, insurances, churches, foundations, and other nonprofit organizations, consultants and banks in predominantly Germany, Austria, and Switzerland for DNB AM.

Before his engagement in DNB Malte has experience from the investment and banking industry as well as from research and technology. Some of his previous employers are Santander Asset Management (Frankfurt), Staedel Hanseatic (Riga/Frankfurt), the University of Hamburg. He has also been a partner in the tech-startup InoLights.

Malte holds a Ph.D. from the University of Hamburg as well as a Master in Entrepreneurship. He speaks German and English.

A growth by only 0.2 percent is significantly less than the 1.0 percent expected by Rome. Accordingly, investors are becoming more nervous. In phases of increasing debt, the focus shifts to Scandinavia with its solid strength and cosmopolitan markets, as well as alternative investment opportunities.

Italy is experiencing a crisis

According to the EU Commission, the third-largest economy in the euro zone has "excessive macroeconomic imbalances" in view of its national debt of 130 percent of gross domestic product. Based on forecasts by the authorities, the economy in Italy is expected to grow by only 0.2 percent - significantly less than the 1.0 percent expected by Rome. Brussels therefore also sees the budget plan for 2019 that was negotiated with the Commission in December as being at risk: "The country is suffering from constantly low productivity and the economy will hardly grow at all this year. This is reflected not only in the purchasing managers' index, but also in the services sector, which is below 50 points. These are signs of a continuing contraction in economic output.

Rating downgrades are an imminent threat. Investors are viewing the country with increasing nervousness. The higher risk premiums demanded for Italian government bonds reflect doubts about the country's solidity. Reasons for the widening of the yield gap also lie in the fact that safe havens are in greater demand due to increasing investor concerns. The Nordic economies are thus increasingly coming into focus. In addition to their fundamental strength and very low indebtedness (Norway has a national debt of 36.6 percent of GDP, Sweden 38.03 percent, Germany 61 percent and Italy 133 percent), Norway, Sweden & Co. score points with their high level of education, advanced digitalization and stable political situation. In addition, these countries have a well-functioning social system. Scandinavia is gaining in importance not least thanks to its high degree of diversification. Experts are already talking about a "miniature world economy" with regard to the small but very open economies.

Thanks to its long history in capital-intensive industries such as shipping and oil, Oslo has evolved into a hub for international investors over time. In addition to equities, the main focus is on high-yield bonds. As floating rate notes account for a large share of the Nordic markets, this market is particularly interesting for investors wishing to avoid interest rate risk. But in addition to the Nordic high yield market, there is also an attractive investment grade bond segment with Norwegian covered bonds, most of which have variable interest rates. 2018 was therefore another year for Norwegian covered bonds with a historically high issue volume - an unmistakable sign that this market is growing up.

The official AAA ratings of the most important rating agencies confirm this positive assessment. Among the good debtors are companies that have been active in the market for a long time and repeatedly issue bonds. These are usually issuers from sectors such as shipping, energy service providers or holding companies. In addition to currency-hedged EUR share classes, securities denominated in Norwegian kronor also appear attractive, allowing investors to take advantage of the appreciation potential of the weak Norwegian currency.