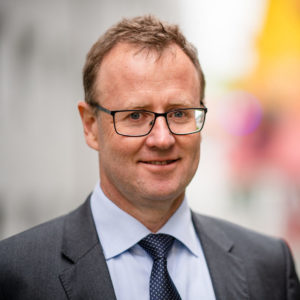 Since the launch in the year of DNB Fund Technology, I have been following Meta, or Facebook as it was called not long ago, as co-portfolio manager. In early February, Meta presented its quarterly report, which turned out to be about as expected, showing a growth of 20 percent. However, that was not the cause of the shock and stock market crash. The company's shares subsequently fell more than 22 percent in electronic trading after the close in New York.

It was the most depressing quarterly earnings presentation I've ever seen. Meta is projecting three to 11 percent revenue growth in the first quarter, 30 percent increase in costs, stronger competition from TikTok and young people exiting the platform. Meta said it is more difficult to get users' attention due to growing competition. The company indicated that users on Instagram, for example, were spending more time on "reels," a short video format inspired by competitor TikTok "that generates lower compensation rates" than traditional Instagram formats.

At the same time, the company plans to increase capital spending by 60 percent. However, we believe that the sharp increase in investment should not be developing the metaverse, as some believe, but artificial intelligence and privacy insights. In our view, we could see a decline in profits in 2022. We believe it is difficult to predict whether there will be a further regression in 2023.

Attacks from all sides, including the authorities

Most importantly, the company had warned that targeted advertising rules imposed by iPhone maker Apple last year could have a negative impact on its financial results. Apple requires app publishers to ask permission to collect data - much to the dismay of companies like Meta, whose business model is based on selling ads that are finely tailored to consumers' tastes and habits.

Meta has also reached out to Apple, though Meta has been given limited insight into its ecosystems. That means the ads will have a smaller impact and will become less profitable to advertise. This could provide ammunition for Epic, the game developer known for Fortnite, in its lawsuit against Apple. Epic is suing Apple because it believes the company is acting as a monopolist.

In addition, Meta is being sued by U.S. Antitrust authorities who think it would be reasonable for Meta to be split up. I wonder if Meta is using this opportunity to prove to U.S. authorities that they are being threatened from all sides. However, competitors like SnapChat and Pinterest are not experiencing the same trends. Meta is much more prone to doom and gloom than its competitors. Mark Zuckerberg is - and investors should not forget this - intelligent. He had seen the signs of the future many times ahead of time, moving Facebook to mobile and buying up Instagram, to name a few.

When the stock crashed, our DNB Technology team took the opportunity to buy meta stocks up toward neutral valuation. Of course, we benefited from our underweight in Meta in January. Now we are watching closely and considering going the other way and overweighting.