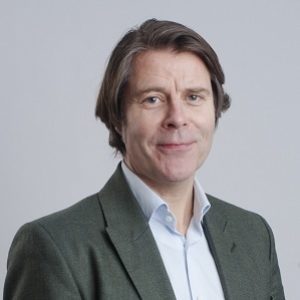 Sharply rising interest rates and a substantial widening of credit spreads is a combination we have not witnessed in a long time. Central banks raised interest rates several times and tightened monetary conditions to control inflation. At the same time, as a result, they are increasing the risk of an economic downturn, which leads to higher risk premiums. In such a world, duration and credit risk are positively correlated, and when interest rates rise, credit spreads widen.

We believe fixed income will make a comeback in the next six to 12 months, as markets are likely to finally gain more certainty about the peak of the central bank rate hike cycle during this period. We have already seen some attempts by markets to identify these peaks in 2022, but so far without much success. Thus, the outlook for fixed income should be quite good on a 12- to 14-month horizon, although the problem, of course, is to determine the timing of the turnaround.

Inflation is still not under control. Perhaps more importantly, inflation has widened, especially in the U.S., where wage growth is a major problem. This will keep central banks on their toes for some time to come and encourage them not to relax their monetary policy. At the same time, central banks are aware that they have already shaken up the economies quite a bit through the interest rate hikes that have already taken place. The Fed has made four 0.75% rate hikes in quick succession. Since interest rate changes affect the economy with a considerable delay, it is not too far-fetched to think that central banks will take pause to assess developments in their respective economies. However, they also need to take into account what markets and economic agents are implicitly telling them, namely that they need to be active to maintain confidence in their execution of the inflation mandate. At the end of the day, this confidence is more important to central banks than the additional risk of leading economies into recession. That being said, we believe that markets in Europe (including Norway) have already priced in enough trust. Somewhat more uncertain is what will be needed to get the U.S. economy, where wage pressures are most pronounced, back on track.

We believe that 2023 will be a year of bonds rather than a year of equities. And it could even be that the well-known negative correlation between bond and equity returns will revive. At least, the probability of this has increased with higher interest rates.